Blog - From the Bench 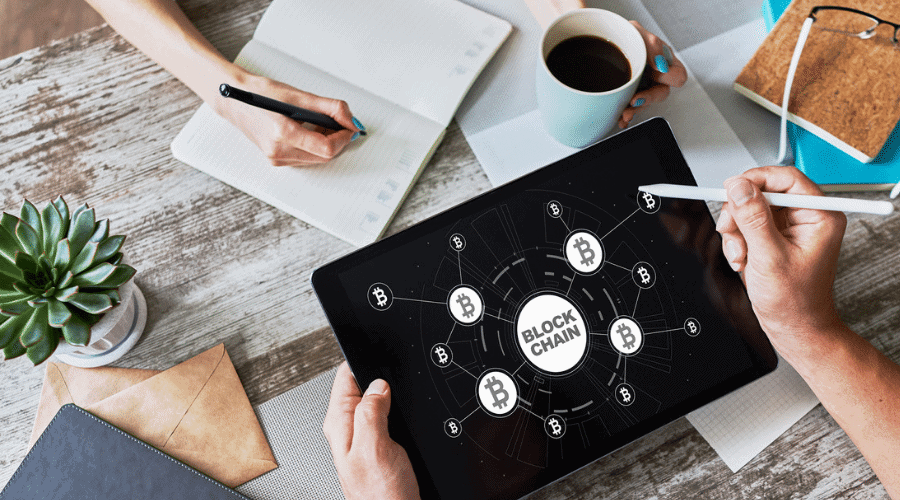 Beyond Bitcoin: The Future of Blockchain Technology and Its Impact on Business

Beyond Bitcoin: The Future of Blockchain Technology and Its Impact on Business

In the 1960s, computer scientists at MIT were studying how computers might change the world. This was years before the first personal computer would be introduced, before Steve Jobs and Steve Wozniak built the Apple I, and long before IBM and Microsoft became household names. J.C.R. Licklider, one of these MIT scientists, wrote about his idea for a “Galactic Network” of globally connected computers sharing information while his colleague, Leonard Kleinrock, published the first paper on packet switching theory, a method for transmitting electronic data. Do these concepts sound familiar? They should. These two ideas became the building blocks for what we now call the Internet, a technology that continues to change and evolve and has revolutionized the way we live, work and communicate.

A comparison between the internet of the 1960s and blockchain today is an important one because of the huge potential blockchain offers. Many experts predict it will be the technology of the future, with revolutionary effects on the global economy and the way we live comparable only to the changes brought about with the World Wide Web. Currently, blockchain is best known in reference to cryptocurrencies like Bitcoin and its impact on financial markets. However, blockchain offers many more applications for businesses and organizations across industries over both the short-term and far into the future.

Let’s explore the current ways blockchain can be beneficial beyond Bitcoin, how blockchain systems might shape and impact our future, and what comes next for this transformative technology.

Before we dive into the details, a brief explanation of blockchain and how it works is in order. At its most basic, blockchain is a distributed ledger. This means that information is stored across a system of public or private computers in an ever-growing list of transactions known as “blocks”. These transactions are permanently recorded, mathematically encrypted, and put in chronological order adding to the chain of records. Various protocols are used to ensure a new block is authorized by other participants before it can be added to the chain. As a result, blockchain is an eternal, transmutable, transparent recording of data.

One of the most important features of blockchain is that no central authority or company controls it. Because data is stored across a network of computers, there is no middleman. The decentralized nature of blockchain also means that no one person can take down or corrupt the whole system, preventing problems like fraud and double spending. Blockchain’s most well-known application to date has been in cryptocurrencies like Bitcoin, but the potentials of this technology go far beyond financial transactions. In fact, blockchain technology can be set up in many ways to meet various goals and commercial objectives.

While many people have noted the disruptive potential of blockchain and the possibility of new operating models that it presents, the technology is still in its early days. However, blockchain does offer the potential to impact operational efficiencies now by lowering costs and removing administrative burdens. Several industries are already well-suited to implementing Blockchain solutions, as a recent McKinsey article pointed out. These sectors include:

Beyond cryptocurrencies, blockchain can help with cross-border financial transactions by reducing the number of intermediaries and eliminating location challenges. Permissioned blockchains, a type of blockchain where only authorized participants can join, has also been tested to reduce work and streamline processes. According to the article, 90 percent of major North American, European and Australian banks were already investing in blockchain as of June 2018.

Like banks, governments are often responsible for large amount of records and data collected from their citizens. This could include everything from birth certificate and voter registration information to tax records. Unfortunately, government agencies aren’t great at sharing and data can end up siloed among many record-keeping systems. One solution is blockchain-based identity records. This would allow government agencies to simplify data processing while also increasing system security.

The current healthcare system is a maze, with valuable data spread across providers, patients, insurance companies and research systems. The industry also spends huge amounts of time tracking patients and the healthcare they receive. Now, imagine a system where records were easily shared and accessed. Researchers could gain crucial, non-identifiable and historical patient data to advance medical research and patients would have more control over their own information. A blockchain-based system for healthcare records could make this a reality, eventually even integrating with Internet of Things sensors to control the storage and distribution of crucial medical supplies.

Blockchain’s Future Impact and What Comes Next

In the future, systems built on blockchain technology could be used to enhance cybersecurity, address concerns with Internet of Thing (IoT) networks, enable faster more reliable communications, and create new ways of identifying people through secure data. There are applications for blockchain in every industry and organization from agriculture and arts to manufacturing and media. While many companies have already begun to experiment with blockchain, full feasibility is still years away for a few key reasons.

One of the key elements that eventually allowed the internet to succeed and become the transformative technology it is today was HTTP, a common communication protocol that allowed various networks to communicate in the same language. Other important developments in the growth of the internet included the creation of HTML as a standard markup language and universal browsers such as Chrome and Safari that allowed internet content to be displayed in a consumer-friendly format.

All these important foundational pieces are currently missing in blockchain. There is no universally agreed upon communication protocol between blockchains, meaning that blockchains currently exist as islands with little to no communication between them. For blockchain to have an impact similar to that of the internet, interoperability must be achieved to create the “internet of blockchain” or “chains of chains”.

Along with a communication protocol, a lack of common standards and clear regulations limit blockchain’s scalable potential. For blockchain to bring the system level changes it promises, cooperation among multiple parties will be necessary, and rules and standards must be agreed to by everyone. A dominant organization or government agency, like the internet’s ICANN, that could mandate the legal standing of blockchain systems will be an important component for future blockchain success.

Blockchain technology is still new, which means that, for the moment, traditional database systems will likely still perform better for most industries. The challenge will be in the switch between old and new systems. While switching costs are currently high due to blockchain’s immaturity, most of the technology’s benefits won’t be fully realized until old systems are decommissioned. For this to happen, companies need a trusted enterprise solution. While some major tech players are moving to address this gap with blockchain as a service (BaaS) offerings, more will need to be done for blockchain to be the system of the future.

Blockchain is coming, but it may be years before we see the real effects of this new technology on a day-to-day basis. As Liana Douillet Guzman, McKinsey’s Senior Vice President for Growth of Blockchain, explained, when the Internet was created, there was no way to predict Facebook. The same is true of blockchain technology. At its core, blockchain has the potential to allow people to own and transact their own value, but what exactly the future of blockchain technology will look is anyone’s guess.

Looking for talented IT professionals that can help your organization prepare for a future with blockchain? Benchmark IT can help! Contact us for more details.

From Intern to Employee: What It Takes to Create a Successful Internship Program