H-1B Visa Program: Here’s What You Need to Know about a Work Visa in the US 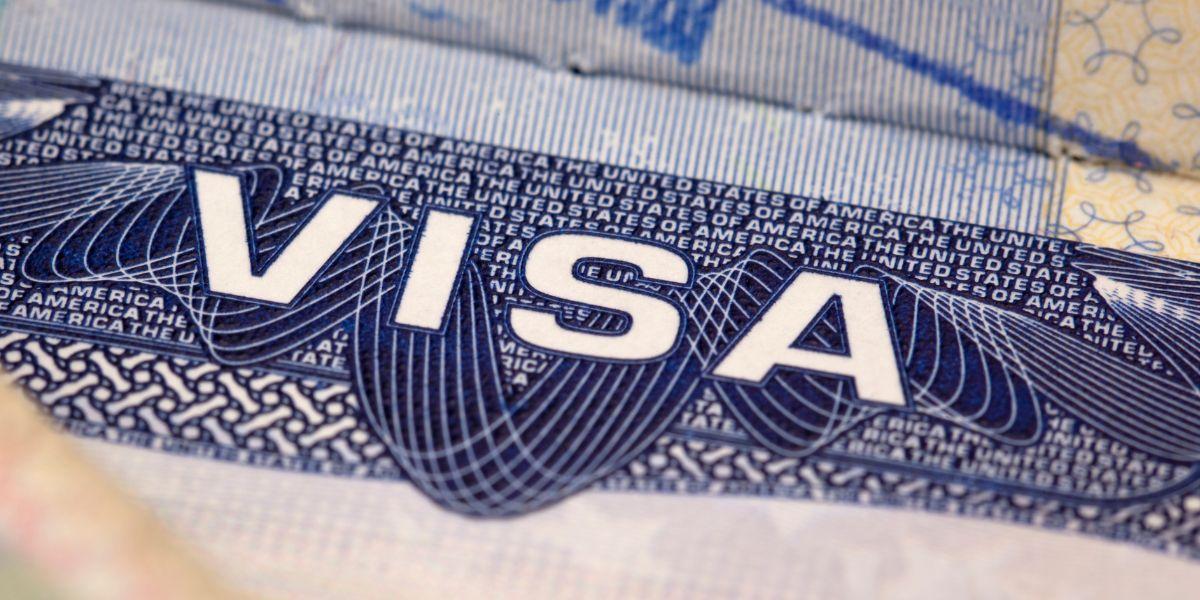 H-1B Visa Program: Here’s What You Need to Know about a Work Visa in the US

There’s been much press regarding the fate and process about an H1-B work visa in the US this year and how it affects IT staffing and hiring. Drastic changes to the H-1B

visa program could be highly detrimental to the IT consulting industry as we know it today. If some of these regulations pass as proposed, they will effectively deny H-1B visas to many of the highly skilled consultants we need to keep projects here in the US.

Ironically, these regulatory changes, intended to protect US jobs, could have the opposite effect of pushing more project work entirely offshore, therefore reducing the number of opportunities for tech workers here in US.

Next month Benchmark IT, together with several other leading IT Consulting firms who are all members of TechServe Alliance, will gather in D.C. and meet directly with legislators to represent the interests of our consultants and clients.

In the meantime here’s a comprehensive overview of the program and where we are today. Stay tuned for more updates over the coming months.

It took all of four days for the USCIS to cap H-1B visa applications for FY 2018. The application window for companies and foreign workers opened on April 3 and swiftly closed on April 6.  While the cap remained at 85,000, this year may bring the biggest changes yet to what’s long been a hotly debated program.

In fact, just days before the opening, the U.S. Citizenship and Immigration Services (USCIS) issued a policy memorandum stating that companies applying for computer programming-related H-1B visas must provide additional proof the jobs are indeed complex or specialized and require professional degrees. The Justice Department also issued a “caution” statement to employers not to discriminate against U.S. workers. 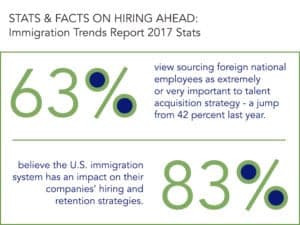 While advocates and foes are propelling well-worn pro and con arguments, the Trump administration’s aggressive immigration reform platform will clearly bring one of the biggest spotlights yet to whether the H-1B visa program should remain as is or be completely revamped.

Last year the cap was hit in less than a week, with 236,000 petitions submitted. According to an Economic Times report, April 3rd’s first load of applications delivered by FedEx numbered about 15,000.

Here’s a look at what’s in play as the USCIS begins to accept its 2017 petitions and what new actions may come next.

As the USCIS explains on its website, the H-1B program allows 65,000 visas for those with a bachelor’s or equivalent education and 20,000 visas for those with a master’s degree or higher. Additional visas are available for H-1B workers employed or petitioned to a higher education entity, nonprofit research organization or government research organizations. The visa has become a high-demand option in the past two decades, most notably in the tech sector.

Up until this year, and for visas selected in the current lottery approach, companies could fast-track their applications for a $1,225 fee to ensure their petition would be reviewed within 15 days. In 2016, 59% of petitions were submitted under this ‘premium processing’ option. But last month the USCIS acted to temporarily eliminate the premium option claiming its elimination will speed up processing for visa petitions overall.

Advocates, Foes Committed to the Debate

Big business, specifically high-tech, has long lobbied for the cap to be expanded, citing that demand for highly- and specialized-skilled workers exceeds the available U.S. talent pool. Advocates view the program as critical to business and sector growth, while those opposed claim it undercuts U.S. worker’s jobs and pay and want stricter requirements for granting visas.

Where Trump Plays a Role

President Trump has promised comprehensive immigration reform, including a revamp, or as one report claimed, a “crack down” on the H-1B visa program. Not even two weeks into his presidency, Trump and his transition team held a closed-door meet with big tech company leaders, (see Reuters report). The ideas ranged from completely scrapping the program, to tying approvals to highest salaries to increasing the cost of applications. In late January, according to USA Today, the administration drafted an executive order that included revamping the H-1B program as part of its “larger immigration effort.” Yet at least one media report noted some Trump administration officials aren’t onboard with his strategy. However, Trump’s approach is getting support from longtime visa foes, including Norm Matloff, a professor of computer science at the University of California at Davis. In a column penned for the Huffington Post, Matloff views Trump’s idea to disperse visas to employers paying foreign workers the highest salaries as a useful, but baby step.

Despite Trump’s controversial moves toward immigration reform, revamping the H-1B visa program will not be quick or easy. As a Reuters report explains, big changes will require time and a formal rulemaking. Immigration expert Stephen Yale-Loehr, from the Cornell Law School, predicts changes will be met with court action and revising the cap or expanding green cards will likely need Congressional approval.